In the United States, motorists voluntarily used to pollute against an Obama law. The rollin coal consisted of driving with a car with a engine that has been tampered with to pollute as much as possible. And it was a popular practice! Thousands of them liked the “rolling coals” Facebook page.

The previous president, who wanted to impose anti-CO2 standards to reduce on average by 30% by 2030 carbon dioxide emissions from coal-fired power plants, had provoked the ire of the Republicans, and certain conservatives. Pro-coal, claiming the source of employment that this raw material represents despite the fact that it is partly responsible for 38% of American CO2 emissions, did not hesitate to express their dissatisfaction. Giving birth to “coal rolling” and “rolling coal”.

This practice is considered illegal, even though this is a successful movement proudly relayed on a tumblr blog. And almost as much criticized. The denunciation involves in particular the cost of the operation, often mentioned on social networks, since at least 500 dollars (370 euros) are necessary to tamper with the engine of a vehicle. A sum to which is added the consumption of petrol, some of which prefer not to “even imagine neither the expenditure nor the pollution” generated.

Conversely, the United States Environment Agency (EPA) has calculated the fuel consumption that this practice generates. Thus making known that the fashion phenomenon violated the federal law Clean Air Act, body dependent on the EPA and which aims since its creation in 1970 to reduce air pollution. But which also and above all gives, by virtue of its status as federal law, the right to prosecute offenders.

But this was a few years ago and thank God nowadays residents are starting to better understand how pollution and global warming can impact their daily life!

The mayors of the big cities of the world have all initiated policies to reduce the space of the car and all want more space for bicycles and soft traffic so that their city can breathe better, according to the mayor of Paris, Anne Hidalgo.

When you question your American and African counterparts about the resistances they face, everyone recognizes that the fight is not simple. Even if politically it is not very promising, if you are convinced to move in the right direction, you must not give up.

South African Patricia de Lille believes that mayors must move forward without waiting for states to agree. The example of Trump shows that a country can sign an agreement and then decide to break it when another leader comes to power. We are millions of citizens and politicians who have understood that there was no planet B, adds Anne Hidalgo. So let’s put aside those who remain attached to the world of yesterday. If we listen to them and wait to act, we will have the same debate in twenty years.

Even Texas is getting started. They have a quarter of the American oil reserves in their soil and are the champions of gas production. However, some Texans, like the mayor of Austin, present in Paris, bet on a post-oil future.

Steve Adler acknowledges that Trump’s decision to withdraw from the Paris agreement is unfortunate. But he struggles at his level to build a less polluted city.

Houston on the other hand has been tackling its pollution problem by emphasizing recycling and waste management efforts. Private initiatives like Houston Dumpster Rental Bros help increase awareness about excess consumption and its side effects like plastic pollution and excess CO2 emissions.

On Texas highways, they have created a dedicated lane for buses and make motorists pay if they take it. They are dismantling their coal factories, developing solar power, increasing the prices of car parks in the city center and increasing the number of electric car charging stations.

Austin is also working with locals to reduce water and energy consumption. By having suffered from repeated floods and hurricanes, people have understood that global warming is real and economists know that it makes more sense to build wind turbines than gas plants. 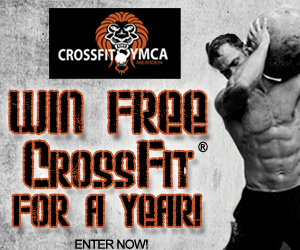